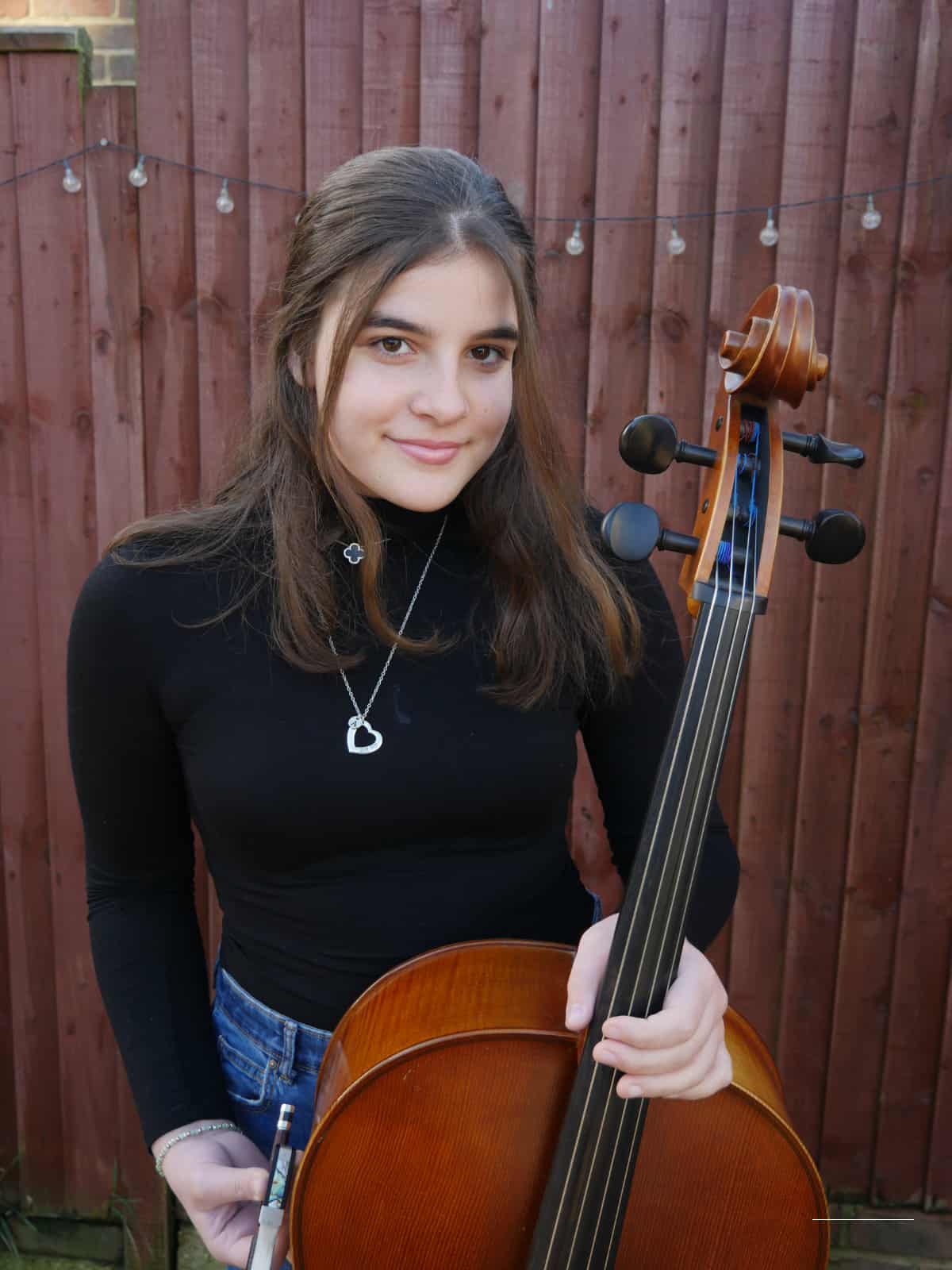 The orchestra is very excited to announce that they are to perform the Saint-Saëns Cello Concerto with cellist Aglaïa Carvalho-Dubost at their next concert on May 14th 2022 at St. Andrew’s Church Burgess Hill.

Aglaïa began playing the cello at just three years old. She is taught by her parents Sarah Carvalho-Dubost and Pavlos Carvalho. Pavlos Carvalho performed the Dvorak Cello Concerto in B minor with the BHSO in 2019. We are very proud to now collaborate with his young daughter Aglaïa, who at the age of thirteen, is already following in the eminent footsteps of her parents.

Aglaïa has been winning cups and prizes in the Mid Sussex Competitive music festival from the age of just four. She achieved her grade eight at the age of nine and recently earned a Trinity Diploma, at age thirteen.

In 2019, Aglaïa played as a guest soloist at the Crawley Downs Ladies’ choir Christmas concert. She was also invited to play cello at ProCorda’s fiftieth-anniversary concert in a piano trio at St George’s Hall.

Tickets for the concert can be purchased here.